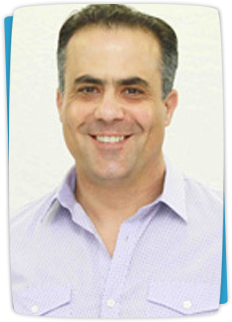 Born and raised in Mexico City, México, Dr. Nurko obtained his Doctorate of Dental Surgery from Universidad Nacional Autónoma de México in 1992. He then completed a three-year pediatric dentistry residency, and earned a Master of Science in dentistry at the University of Alabama in Birmingham in 1996.

Dr. Nurko served on the faculty at the University of Texas Health Science Center of San Antonio for five years as an assistant professor of pediatric dentistry. He earned his board certification from the American Board of Pediatric Dentistry in 2002, and was recertified in 2013.

In 2004, Dr. Nurko completed his orthodontic specialty training at University of North Carolina at Chapel Hill. He is board certified and a Diplomate of the American Board of Orthodontics.

In addition to his commitment to private practice, Dr. Nurko has been very active in research and academics. He lectures at various local study groups, dental societies, and internationally. Since 2007, he has been involved with the North Texas Give Kids a Smile program, for which he served as chairman in 2011 and 2012. He is cofounder of the Smile Change Lives Texas chapter and the North Texas Hispanic Dental Association.

He sees patients at our Frisco office.

“We had a great first experience at NTOA in McKinney. Everyone was so friendly and welcoming. They put my daughter at ease and thoroughly explained the plan to me. We are going to be very happy with our choice.” ~ Cari “We have had a great experience with Dr. Nurko and North Texas Orthodontic Associates. The treatment plan is clearly outlined and the office has worked to accommodate our schedule when scheduling appointments. The front office staff is friendly and professional. Dr. Nurko is very personable and professional as well.” ~ Brian G. “This is the best place to go for orthodontic care! The staff is super friendly and the orthodontists treat you like family. Five out of our six family members go here and we have had nothing except positive experiences.” ~ Linnea D.